Throughout his life, Bill exemplified a standard of excellence in all that he did. He played varsity basketball for Duluth Central HS, which earned him a UMD scholarship. He turned that down and enlisted in the Marine Corp. After 20 years, he retired as a decorated Vietnam War Vet, having earned both Bronze and Silver Medals.

Bill prepared for his military retirement by returning to college where he earned both a Bachelors and Masters degrees in Education, thus launching his second career. Bill profoundly loved teaching Grades 4-6  at various school in Duluth’s ISD 709. Many children benefited by Bill’s after-school reading program. No child was left behind -  not if he could help it.

Bill had lots of interests...He loved big water, and as Capt. of The Blue Shadow, would often head up to Isle Royale, in what would become family lore famous fishing expeditions. His scheming also took him to pilot The Blue Shadow from Duluth, MN to Traverse City, MI to visit one of his daughters.

Bill was also a musician, often singing and playing his guitar for his family as dinner was being cleared away. Bill produced and performed in two country music shows on the Iron Range for many years. He also created the Country Music Show held once a month at the Lavell and Solway Town Halls, where many enjoyed the free old time country music. The Solway Show continues to this day. Bill eventually moved from Duluth to Hibbing where he shared his life with Lana Parris. They both enjoyed riding their Harleys and performing together at the Solway Show.

Military Honors Ceremony will be held on Monday, June 6th, 1:00pm at the Minnesota State Veterans Cemetery, 4777 US-53, Saginaw, MN. 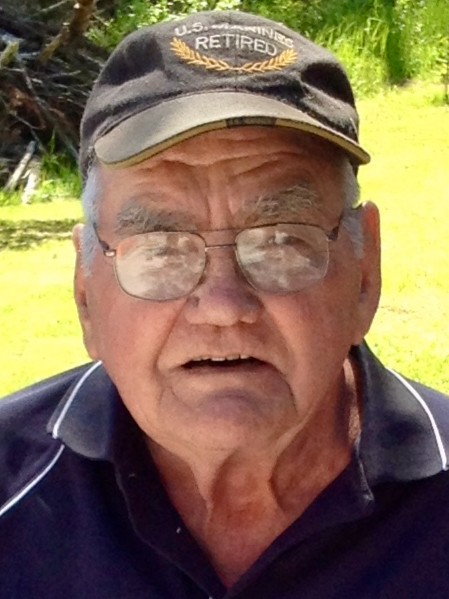