As a child Tim joined the Boy Scouts of America, eventually attaining the rank of Vigil in the Order of the Arrow. After graduating from Denfeld High School, Tim joined the U.S. Army (later serving in the Army National Guard) and then began a 35 year career with BNSF Railway.

Tim was an avid outdoorsman who loved hunting and fishing. At home he enjoyed honing his carpentry and woodworking skills. He was a lifelong hockey fan, cheering on the Detroit Red Wings and Minnesota Wild. Music and movies were an important part of Tim’s life and he was known to grace family friends with impromptu harmonica performances.

Tim was preceded in death by his father, George T. Gregorich, brother, George M. Gregorich and wife, Gail. Tim is survived by his mother, Lavone, siblings, Kathie, Steve (Brenda), Mary, Daniel and Thomas, his children Timothy James and Desiree (Leith), and granddaughters Lily, Olivia and Nova Rae, along with his nieces and nephews.

A celebration of life is to be held at the Rice Lake Town Hall, 4107 Beyer Rd, Duluth, MN on Friday, August 5 from 4 to 7 pm. In lieu of flowers, the family asks that donations be made to Conservation Minnesota at conservationminnesota.org. 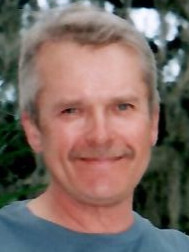