Scott Roger Kallberg, 56, formerly of Hermantown, was born Dec. 29, 1965, to James and Beverlee Kallberg, died Sept. 9, 2022 in Wichita, KS. Scott was a 1984 graduate of Hermantown High School. Following graduation, he joined the 148th Fighter Wing of the Air National Guard, retiring as a Tec Sergeant in 2012.

Scott had several careers: Bullyan RV, Northwest Airlines, AAR and BNSF Railroad. His love of Airplanes continued as he traveled the world as a A&P mechanic.

Scott was preceded in death by his parents.

Thank you to Scott’s family and friends for reaching out to us or thinking of Scott during this difficult time. Scott will be interred at Sunrise Cemetery in a private ceremony. Sign the online register book at, www.dfhduluth.com. Arrangements by Dougherty Funeral Home, 600 E 2nd St., Duluth, MN, (218) 727-3555. 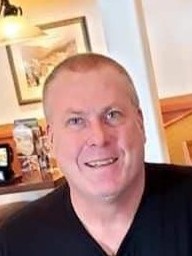