Rosemary (Rosie) Ostertag Kohn, 90, died Thursday, September 15 at Beehive Homes in Duluth. She was born January 5, 1932 in Chicago, IL to Elsie and Frederick Ostertag. She graduated from high school in Tomah, WI, and from St Olaf College. She worked as a chemist in Chicago, then taught math and science in Janesville, WI high school, and worked in dietetics at the University of Minnesota Hospital. She received her Masters in Education at University of Minnesota Duluth in 1992, and taught German Language in Duluth Elementary Schools. She married Leon Kohn in 1961. She was preceded in death by her sisters, Emma Samson and Melita Murphy. She is survived by her husband Leon, Sister Bertha (Chris) Moltzan, Sons Michael and David, Daughters Jennifer and Elizabeth, and Grandchildren Alexander, Morgan, and Madeline. Arrangements by Dougherty Funeral Home of Duluth. 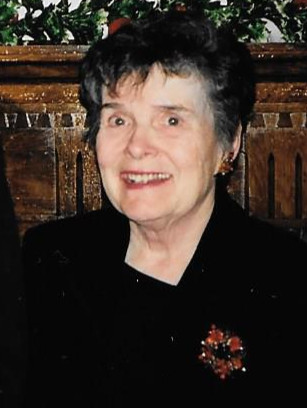