He was born in Austin, Minnesota on Nov. 20, 1949, the son of Joseph and Inez Miller. He graduated from Pacelli High School in Austin and enlisted in the Navy where he served for six years.

Bob and Sandi Fogo were married on July 20th, 1991, and had celebrated over 30 years together.

He worked at the Superior Waste Water Treatment Plant for many years and he enjoyed 17 years of retirement and Sandi joined him in retirement for 12 years. His first retirement project was wood burning a floor design on their screened porch. They enjoyed 8 years of being snowbirds, or as Bob would say, snoweagles in Orange Beach, Alabama.

Bob was a scuba diver for many years and enjoyed diving in Lake Superior as well as trips to Honduras and Florida. He loved watching and feeding the birds as well as had an ongoing war with the squirrels in the feeder. He loved to golf, enjoyed home projects, flower gardening, talk radio, and watching HGTV. He loved flip flops, cheesecake, double stuff oreos, steak and shrimp. He enjoyed visiting casinos and funding Sandi when she went to the Bank of Bob. He had a unique whistle and if he ate anything spicy, he would say that it had some snot. He wanted to be early to any event and had to get Sandi to stop lollygagging. His favorite stores were Menards and Walmart and told Sandi “It’s being frugal, not cheap!”

He was preceded in death by his parents.

Per Bob’s wishes, no services will be held. A Celebration of Life will be held at a later date.

In Bob’s honor, play a round of golf, have a glass of cabernet, watch the birds and squirrels, and most of all, enjoy life. 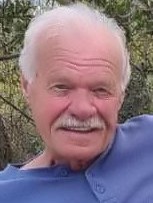