It is with great sadness and loss of what was, and perhaps most importantly, what could have been that we announce the death of our dear son, Peder Cameron Gilbert, who passed away at age 48 on Oct 13, 2022, from a catastrophic cardiac event known as aortic dissection. He is survived by his son, Thaden Pellett-Gilbert, Thaden’s mom Jessy Pellett (Mike); his parents, Wayne Gilbert (Dorie) and Jane Gilbert-Howard (Ken Howard); his immediate family members, brothers Bryan (Tracy), Jon (Brooke), and Dan (Linsey); sisters Angela Fritz (Jimmy), Katie Nordquist (Jeff), Christie Hessel (Zack); and brother-in-law Dave Connor (Corrin); many nieces, nephews, cousins, uncles and aunts. He was preceded in death by his sister, our special angel Rebecca Perrault Connor (Dave), and by grandparents Jack and Gen Chapman, Edward and Walterine Gilbert. He also is survived by his “family” of past and present employees of La Quinta Inn & Suites (Bloomington, MN). Born, May 28, 1974, in San Jose, Costa Rica, he was welcomed to Minnesota with joy and love as our first-born child in Nov. 1974. As a happy and outgoing grade schooler with an infectious smile, he is remembered by his childhood friends as receiving “communion” from him on the school bus, his 4th grade recipe for smoked fish that involved putting fish on the hood or motor of a car, and the quick talk that likely got him out of at least some of the trouble he got himself into. He was a 1993 Duluth East graduate, excelling as the head manager of the boys’ varsity basketball team. He then spent two years at Minnesota North - Hibbing Community college, again serving as the basketball student manager, a position that catapulted him to basketball manager at the University of Wisconsin-Stout. He was exceptionally and lovingly devoted to grandparents Jack and Gen Chapman with whom he will be interred at Dawn Valley Memorial Park. His work life centered around his Bloomington La Quinta family for these past 15 years. He was known as the glue that held this tight-knit personal and business family together, and for his hard-work and dedicated company service, both on and off the clock. He maintained a close relationship with current and past employees. He was awarded many company honors throughout his career. His personal family life in later years was not without its challenges. His untimely loss leaves us to grieve the stark reality that the opportunity to overcome these critically important challenges is now forever lost. The joy that was Peder Cameron now is silenced. Necessary conversations will remain unspoken. His place in our hearts will remain despite all now being cut short. Services will be held on Nov 3 at 11:00, with visitation one hour prior at St. Edward’s Church, 9401 Nesbitt Avenue South, Bloomington, MN 55437. In lieu of gifts or flowers, memorials are preferred to the Thaden Pellett-Gilbert Educational Fund which can be found by searching for “Peder Gilbert” at https://everloved.com. 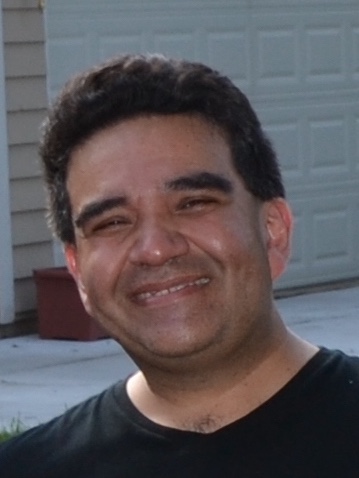