Paul Thomas Hanten (98) was born in Duluth MN on July 14,1924, to Paul and Katherine (Hanson) Hanten. He died peacefully, in his sleep, on August 23rd, 2022 at Franciscan Health Center, from complications following a fall. His family was by his side.

Paul was the younger of two children, both boys, who grew up in Virginia MN. He graduated from Virginia High School in 1942. He was an athlete, playing football and swimming and diving for his high school, and then after a year at Carlton College joined the Navy, where he continued to earn swimming and diving medals. Paul served with the Seabees from 1943 until 1945, spending time in the Aleutian Islands, Hawaii and the Philippines. He met Helen Bailey, the love of his life in Duluth in 1948, and they were married a year later. They celebrated their 70th Anniversary in 2019, several months before Helen died.

Paul spent 35 years as a printer at the Duluth News Tribune, retiring in 1988. While he was working nights, he returned to college and graduated from UMD with a degree in Physical Education in 1969. After his retirement, he worked for several years as a court bailiff, and began his adventures traveling the world with Helen. They went everywhere, from China to Norway, New Zealand to Switzerland, Turkey to England, and Hawaii to Alaska.

Paul was also very involved with St. Andrews By The Lake Episcopal Church, where Helen was a deacon for many years. He was president of the board of directors for Cass Lake Episcopal Camp (CLEC) and after that he volunteered his time for 8 years at Gooseberry State Park, where he and Helen served as campground hosts, welcoming thousands of campers over the years. He love to camp, to canoe and fish, and visited many state and national parks and campgrounds. He took up pottery and was a fixture at the Lake Superior College pottery studio for many years, creating countless pieces that adorn all of our homes. He also flew on a WWII Veteran Honor Flight in 2012, visiting Washington DC with other veterans. Two years ago he was granted dual citizenship with several other family members, to Luxembourg, the homeland of his father’s ancestors.

Paul was proceeded in death by his parents, his brother Irvin Gerald, and his beloved Helen, who died in 2020. He is survived by his son Paul Thomas Jr.

We would like to thank all of his St. Andrews family, his community of friends at Mount Royal Pines, where he lived the last 11 years of his life, and the loving care of the Franciscan Health Center and St. Luke’s Hospital, where he spent the last weeks of his life. A celebration of life will take place at St. Andrews By The Lake Episcopal Church, 2802 Minnesota Avenue, on Friday, September 9th at 11:00. Any memorials should go to St. Andrews By The Lake. 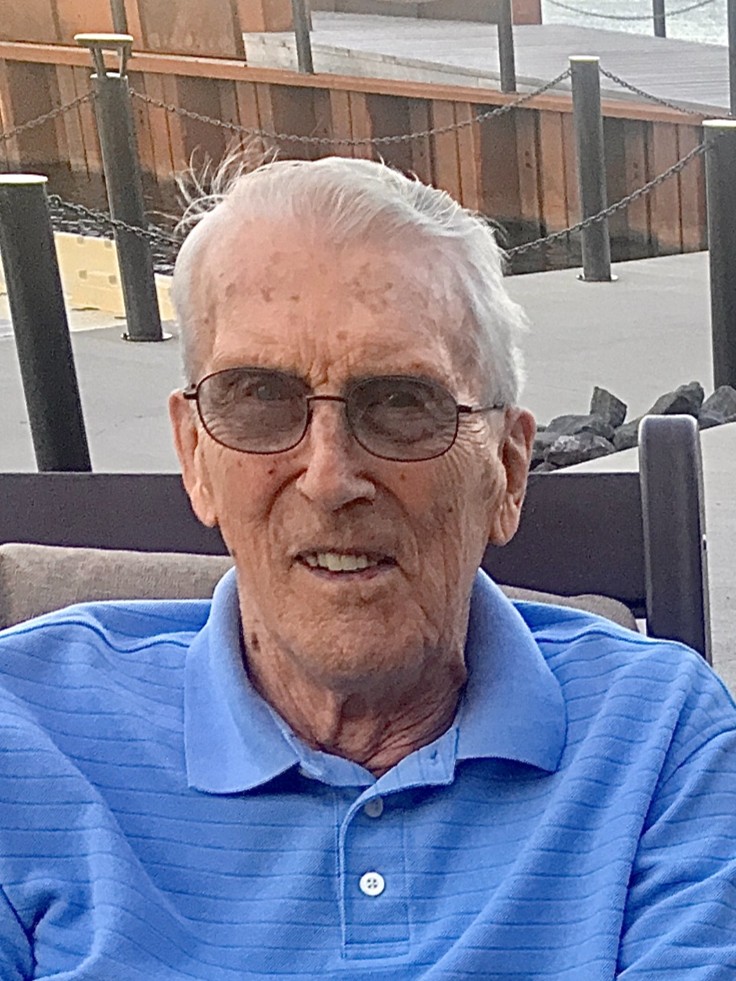