John McMillion got his first newspaper job over 80 years ago, if you give him credit for his first paper route, which he obtained in junior high school.

Since then, he’s been a police reporter, a sports writer and editor, covered county, district and federal courts, politics, the legislature and just about every type of news story you can imagine, from the sublime to the ridiculous. He wrote a political column for several years in New Mexico.

In the process, he’s talked to millionaires, paupers, high government officials and some well-known sports and entertainment figures. In his home library, he has a picture of him talking to Bobby Kennedy, a picture of Mamie Eisenhower standing on the rear platform of a Santa Fe train in Clovis, New Mexico, where he was Managing Editor, and an autographed Snoopy story board from Charlie Schultz.

John started his career as a police reporter in Amarillo, Texas after obtaining a journalism degree at the University of Kansas, after four years in the Navy during the Korean War, serving three years in Korea and Japan. He has worked for newspapers in Texas, Colorado, Nebraska, Minnesota and Ohio.

He also did a stint as United Press International Bureau manager in New Mexico and ran a Gubernatorial campaign for two years in New Mexico.

He came to Duluth in 1975 as General Manager of the Duluth News-Tribune and the then Duluth Herald and became publisher three months later. In 1986 he was transferred as publisher to another Knight Ridder paper, the Akron Beacon Journal. He did extensive labor relations work at both Duluth and Akron.

During his tenure in Akron the Beacon Journal won a Pulitzer prize. He retired at Akron in 1990 and lived in Albuquerque ten years before returning to the Duluth area in 1998. He said he missed the winters.

John and his wife of 36 years, Melanie, lived in Two Harbors, Minnesota. They have a daughter, Amanda (Brian) Kerrigan who graduated in Education from the University of Kansas and is a teacher in Colorado. John has three older children, a son John McMillion who is a retired airline pilot for Southwest Airlines, a daughter Johanna McMillion who is a banker in Ignacio, CO and a daughter Jennifer (Andrew) Jelson who works for the Univ. of New Mexico Foundation in Albuquerque, New Mexico. John has five grandsons, Sean (Kailey) McMillion, Macon (Kelly) Jelson, Garrett Jelson, Benjamin Kerrigan and Liam Kerrigan.

John grew up in southeast Kansas, and that is why he talked funny. 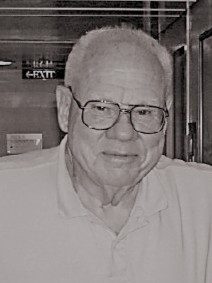