Gloria Mae Vertin, 88, of Ely, passed away on Friday, August 12, 2022 at the Ely-Bloomenson Community Hospital surrounded by family.

Gloria was born March 11, 1934 to Enrico and Geromina DeBernardi. She was a lifelong Ely resident, graduating from Ely Memorial High School in 1952.

Gloria married Matt (Sonny) Vertin on June 21, 1952. They were married for 62 years at the time of Sonny’s death in 2014. Gloria and Sonny owned and operated Vertin’s Cafe and Pub, a local iconic establishment in Ely.

Gloria was very proud of her Italian heritage, staying in contact with her extended family in Italy up to the time of her death. She was the quintessential Italian mother and grandmother, showing her love through the traditional Italian meals she made for family and friends. She was extremely happy that “some” of her daughters have continued with the tradition. She loved her family and helped care for her grandchildren and great grandchildren who all loved her in return. She was an avid knitter and her daughters and grandkids will cherish the many things she knit for them throughout the years. Gloria enjoyed staying connected with family and friends through Facebook and grew a large internet family who she entertained with her jokes.

A funeral mass will be held at St. Anthony’s Catholic Church in Ely on Saturday, August 20, 2022 at 11AM, with Father Charlie Friebohle as celebrant. Visitation from 10 to 11AM. Private family internment in the Ely Cemetery. In lieu of flowers, memorials preferred to Northwood Partners– Senior Services in Ely. Arrangements are with the Landmark Funeral Home in Virginia. 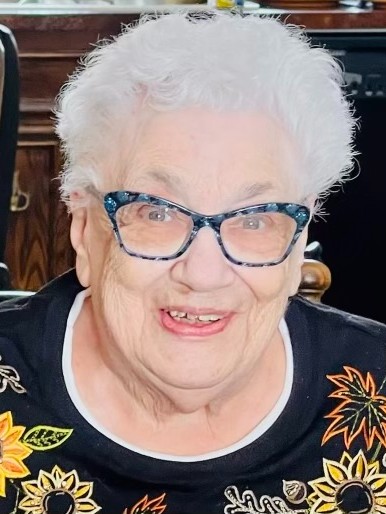