Earl Martin Rogers, Jr., 85 of Duluth, died peacefully Wednesday, Dec. 7th at Essentia St. Mary’s with his family by his side. Earl was born March 20th, 1937 in Boston, MA to Earl M. and Kathleen Rogers Sr.

He enlisted in the US Air Force and remained on active duty until 1964. His duties as Air Traffic Controller took him to Korea twice, Japan, Florida and Nebraska before his last assignment in Duluth, MN in 1960. He liked Duluth so much he decided to start his civilian life as an Insurance Agent with the Ray Simonson Ins. Co. which led to him meeting the love of his life, a St. Luke’s nurse, Judy Randall, whom he married on Sept. 11, 1965. Earl opened Rogers Honda Village in 1966 in the Continental Ski Shop. Later he opened a new location on Miller Trunk Highway. He remained a Honda Motorcycle Dealer until 1977. Earl’s next venture was opening Duluth Travel Agency in the fall of 1977. In 1985, he added a travel school to teach students to become travel agents just down the hall from the agency. He and Judy worked side by side and still remain in business after 45 years.

As many people know, Earl was known as “Mr. Rotary”. In 1972, the Duluth Skyline Rotary Club was chartered and Earl served as its first President from 1972-74 and remained a loyal member until his last days. He was an honorary member of Downtown Club 25, as well as the Superior Club. Earl was a Paul Harris Fellow. In 1988-89, he served as the Rotary District Governor of Northern MN, Northern WI, North Dakota and the western part of Ontario, Canada. He had 64 clubs he had to visit during his one year term. During 1984-85 he served as State President of the MN Air Force Association. He also served as Campaign Chair of the Greater Duluth United Way in 1984. He served on the board of directors and as vice chair of the Northland Chapter of the Red Cross from 1983-87. He was a member of Lutheran Church of the Good Shepherd. Earl and Judy opened their home and hearts to host over 20 college interns from Russia, Lithuania, Estonia, Poland, Ukraine and Germany through the Rotary Club. Earl had remained in constant contact with every student and would welcome them back to come visit over the years, which many did. He also had traveled to visit some of them.

He was preceded in death by his parents, Earl and Kathleen and his brother, Robert Rogers.

We send thanks to those who cared for Earl through his last 3 years of Dialysis at Miller Dwan outpatient and to the recent Fresenius Dialysis Center in Hermantown. We thank all the nurses who have cared for him since his stroke 3 years ago, to his frequent hospitalizations at St Mary’s Medical Center. Lastly, a special thanks to Essentia Health Miller Dwan’s Palliative Care Unit for the comforting care in his last hours.

Memorials are preferred and may be directed to: The Rotary Foundation (local acct). 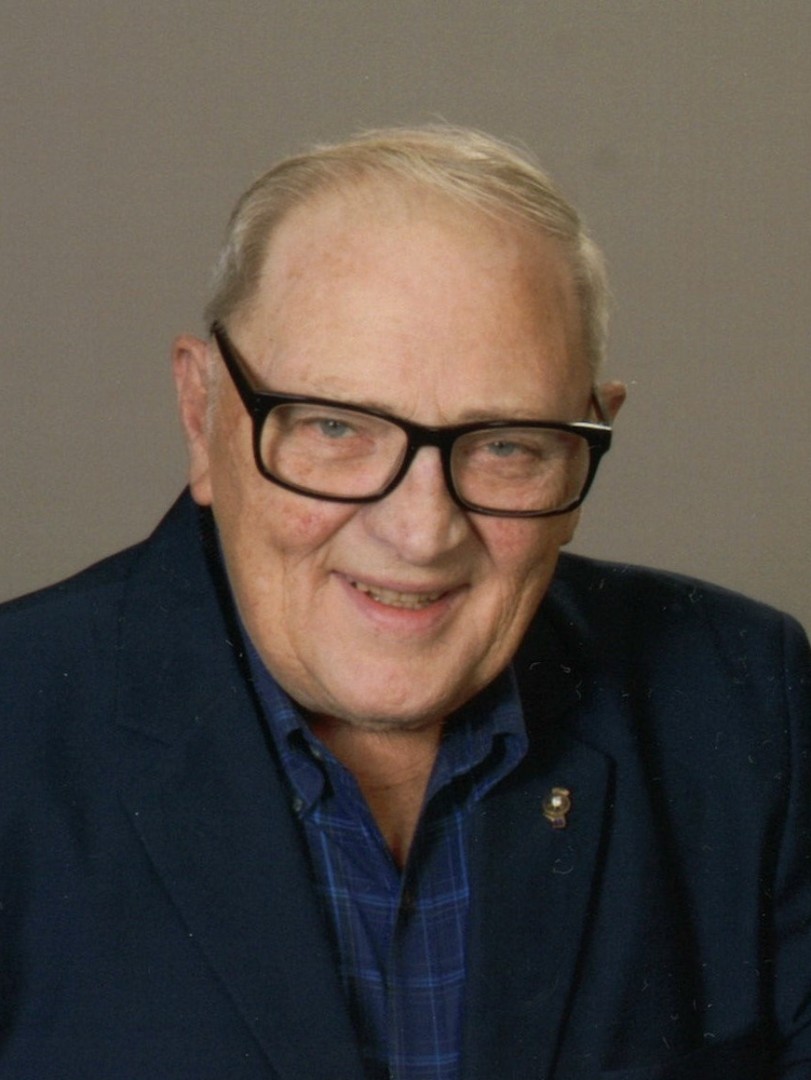