Donna Mae Norland, 91, of Duluth, peacefully passed to her heavenly sleep Sunday, July 10 at Ecumen Lakeshore. Donna was born May 27, 1931, on a farm in Grove City MN to Oliver and Adelia (Christoffer) Larson. Shortly after graduating from Grove City High School in 1948, she moved to Minneapolis where she worked for Archer Daniels Midland Company. In the spring of 1949 Donna attended a local college dance where she was swept off her feet by John Norland and they married on June 17, 1950. John’s work relocated them to Silver Bay, MN where they welcomed their first two children. In 1956 they moved to their newly built home in the Lester Park neighborhood of Duluth and raised three children. In 1989 they made the cabin at Island Lake their summer home, leaving the cold winters of Duluth to become Tucson snowbirds; Donna continued to escape there even after John’s unexpected passing in 1999. In 2005 she moved to a condo at Miller Creek; ten years later when her health no longer allowed for travel, she moved to Ecumen Lakeshore, residing there until her death. Her children will miss the special moments when their mom would burst into song from the 1940’s; they hope their parents are now humming them in unison!

Donna and John joined Lakeside Presbyterian Church October 5, 1958, where she was active in the Lydia Circle, Keenagers and the Out to Lunch Bunch. She was an “adopted” member of the West Duluth Sewing Club where not much sewing was accomplished but the hostess’ home resonated with loud chatter and laughter over a glass of wine and dessert! Donna developed lifelong friendships with the neighborhood ladies who were known to have jolly “coffee parties” while their children played in the yard. While primarily a homemaker, she also worked seasonally at Halverson Trees, not so much for the paycheck but because she made close friendships with co-workers and looked forward to riding to work with neighbor Shirley Nichols; Donna loved hosting annual picnics at the lake with “the Tree Girls” for many years, even after the job ended. She was an active participant with the American Diabetes Association, receiving recognition for her lucrative fundraising in numerous Bike-a-thons and ADA doll sales.

She was preceded in death by her parents, her siblings, Marcella, Betty, Gary, Douglas and her beloved husband, John.

Many thanks to the Ecumen Lakeshore Crest, Assisted Living and Memory Care staff for their guidance, care and patience over the past seven years. Special thanks to the Ecumen Hospice Team, Logan, Heather, Taryn, Ian and especially Lisa, for the tender loving care they gave Donna during the last few weeks of her life.

Donna’s Celebration of Life will be held at Waters of Life Lutheran Church, 6221 Rice Lake Rd., Duluth, MN on Sunday, August 28th, with Pastor Kari Jutila from Lakeside Presbyterian Church officiating. Visitation will begin at noon until the 1:00pm service/inurnment of ashes, followed by lunch. 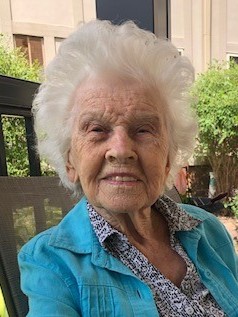