It is with great sadness that the family of Cody R. Bissell announces his unexpected and sudden passing. Cody was born May 12th, 1986 in Two Harbors, MN and passed away Monday, November 21st, 2022 at his home. He was 36 years young and a resident of Morgan Park.

Family and friends knew Cody to be loving, loyal, honest, hard-working, generous and real! Cody was known for trying to make others smile, as he had an exceptional sense of humor. His obnoxious laugh was often heard long before he was seen, and then came the infectious smile that would light up a room. He was kind hearted, and would give whatever he could to help others, whether it be his time or the shirt off his back.

Cody’s many ventures in life led him to his true calling, carpentry. From creating the plan and designs for a project, calculating costs and maintaining a budget, he loved working with his hands, building a creation to last a lifetime. His strong character brought pride in a job well done.

Cody loved his family dearly, whom he believed “saved his life” along his journey. He found true happiness for the first time cherishing his most important job, being a “Dad.” He was an amazing father, and loved and cared for his children deeply and selflessly. His children were the light of his life and his greatest accomplishment.

Visitation to be held at 2:00 p.m. on Monday, December 5th at Renew Church

Our family humbly requests in lieu of flowers, memorials may be made in Cody’s name to Minnesota Adult & Teen Challenge. 2 E. 2nd St. Duluth, MN. 55802 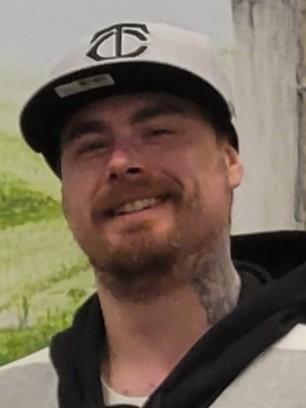