Claire Elizabeth (Dufek) Thorstad, was born August 19th, 1935 in Minneapolis, MN to Elsie(Dufek) and Frank Wilhardt. Her mother died in childbirth and she was raised and later adopted by her aunt and uncle, Florence(Mick) & Peter Dufek and lived most of her life in Duluth. She graduated from Denfeld High School in 1953. She worked for the former American Linen Supply and over 29 years as secretary in the Water & Gas Department, the last eighteen years as secretary to the Director. She was awarded Employee of the Month for city employees, in March 1993, which made her very proud. She retired from Water & Gas in 1996. She died unexpectedly the morning of January 1, 2023, at Edgewood Vista Assisted Living, Hermantown, MN. She was 87 years young.

She is preceded in death by both her biological and adopted parents, her sister June Lehman, and brothers Robert Dufek and Don Dufek.

A lot of people must have thought she wouldn’t live at all. Most preemies in 1935 died, especially when they were 4 ½ pounds at birth. But a hospital incubator, plus the love of family pulled her through. She was so tiny that they called her “Peanuts”, a nickname she carried all through her life, though the number of people who knew her that way became smaller and smaller.

Because she survived, she touched a lot of lives, down to three succeeding generations. Because she was loved and chosen by her adoptive family, her understanding of family was broad and not defined by blood alone, but by presence. It included lifelong friends and coworkers from all levels of the Water and Gas Department. It reached down the generations, and shaped how we understand family.

Mom touched a lot of lives for good. The world was better because she survived and raised a family and worked faithfully at her job and moved among us, in spite of hardships, pain and struggle.

George Bailey (“It’s a Wonderful Life”) had nothing on her.

Mom loved her family and friends with all her heart. Her family was everything to her. Mom loved each one of us unreservedly, cheering us on in our happy times and encouraging us through the rough patches of life. She always wanted to hear what we were about.  We loved her fiercely in return, by her example, loving as we were loved.

Grandma was the head of our family, and she took that role very seriously by hosting family gatherings that were full of stories and laughter, her delicious desserts, mouth-watering dinners, cable TV(!) for the grandkids, and toys for the grand-pups. It was during these special moments at Grandma’s house that her grandkids soaked up all her wisdom, family history, and local myths that she carried with her over the years. We didn’t realize it then, but it was these moments that we learned the most important lesson she wanted to instill: it is through the love and support of friends and family that anything is possible.

As a friend, mother, grandmother and great-grandmother, Grandma was fiercely-loving and long-remembering. She was always ready with a good story, advice, and a laugh. Duluth was her home, and she was a proud citizen of her city. No words can capture all she was to those who loved her most and were lucky enough to be loved by her in return.

Grandma has long been a beloved part of our family lore. By that, I mean that it seems like every one of us has our favorite stories about “mom”, or “grandma”, or whatever other name you know her as, and we tell them often. This seems to me to be evidence of a big life lived, and the depth and impact of her relationships. Going forward without her is incredibly difficult, uncharted territory, but we have been gifted with a wealth of memories, and yes, plenty of sage words of wisdom from Grandma, to draw on.

When you lose someone so courageous, it feels hard to know how to move forward without their bravery and permanence. Grandma made herself into a whole world for our family, keeping us together and loved and remembered. She kept up with us so well. I think the things we’ll miss most are the parts of her she readily shared and hoped to pass on: her curiosity, responsibility, love of story, laughter, wit, resilience, and love. She knew us and loved us powerfully. We’ll remember her always.

An announcement with the details of her memorial gathering will be published for a summer date. All friends and family are invited to attend. 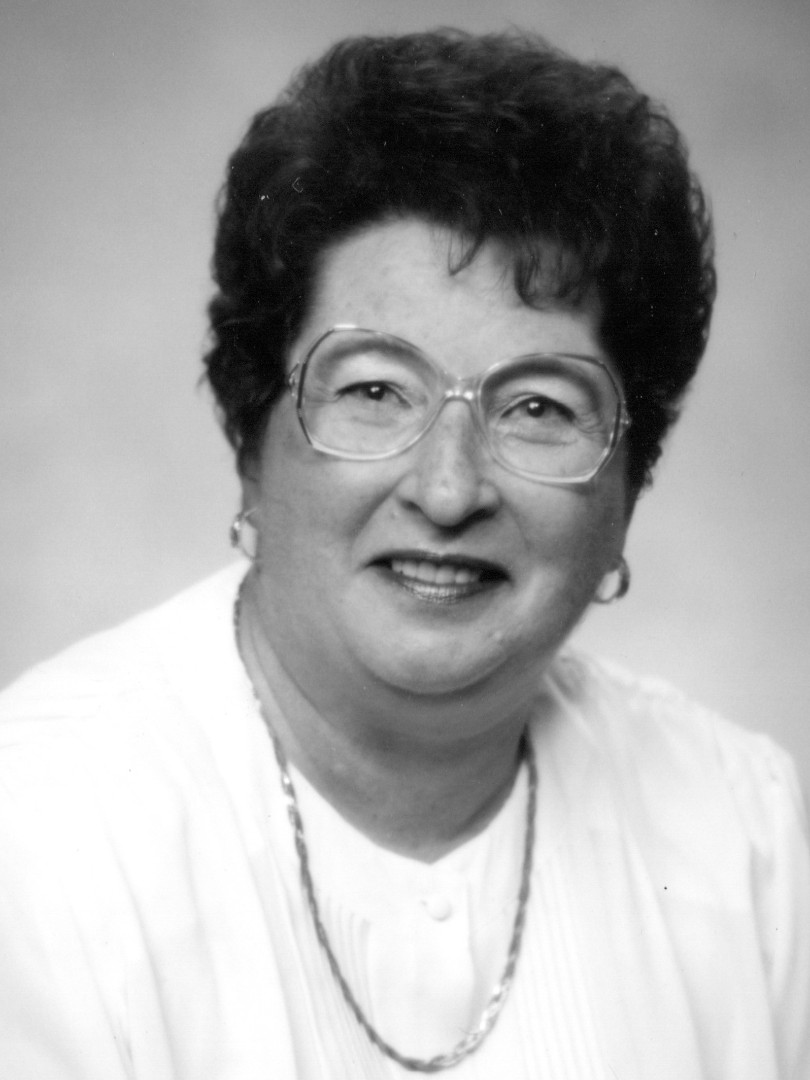