Cheryl L. Erickson passed away unexpectedly on November 15, 2021 in Port Charlotte FL at the age of 65. She is preceded in death by her father Donald Erickson and her brother Daniel Erickson.

Cheryl was born March 29, 1956, in Waltham Massachusetts and moved to Minneapolis, MN as a small child. She attended Minnehaha Academy and after graduating she went on to study at Metro State college.

Cheryl continued learning, working a variety of jobs as an adult. Notably, she helped design and then ran the Cliff Dweller Motel and Restaurant, along with her mother Char, in Tofte, MN. Cheryl later took a job as a grant writer in Duluth, MN working for the Arrowhead Regional Development Commission, which developed into her career as a private consultant for many State and Federal projects in the region. The largest project, which took 20 years of coordination, was the McQuade Public Safe Harbor project. Cheryl often referred to this project as being like “herding cats” due to the 6 branches of state of local government, as well as many other interested parties she had to coordinate with.

As Cheryl’s hard work led to her success as a consultant, she was also hard at work raising her two sons, David and Logan. They were her world, and she instilled her work ethic and love in them.

It was in Duluth where Cheryl met her person, Dave Tyacke. They married on March 25th, 1995 and became a multigenerational household of 7 by adding Dave’s two children, Dani and Kyle, as well as Cheryl’s mother, Char. A full dinner table that still always managed to have an extra spot or 3 at the dinner table for friends.

Cheryl will be remembered not only for her compassion for others but for her fantastic eye roll which was mostly directed at her husband whenever he uttered “did you hear about” at the start of a joke; and there were many of them. Cheryl loved family, crossword puzzles and Her Vikings. Cheryl also loved Florida any chance she could.

Cheryl’s mother Char, her closest friend and supporter followed her home four days after Cheryl’s passing. The family believes Cheryl passed first to guide her mom to the next world.

A celebration of life will be determined at a later date. 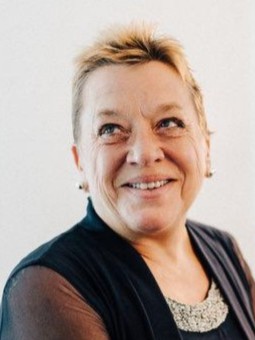