The world has lost a bit of sunshine! Charles John Drexler, born April 5th, 1932, age 89, passed peacefully, surrounded by his family, on January 18th, 2022. During his long and well lived life, his favorite song, of which he only knew one verse, was “You Are My Sunshine”! Whether it be during the car rides to St. Cloud to visit his parents (Joseph and Josephine Drexler) and his wife’s family (Stadthers), cross country road trips with a station wagon full of unbuckled children, or at a sing-along that, much to his grandchildren’s dismay, were the highlight of many family gatherings, this song was always his first request.

Charlie was an extremely hardworking man, as was evidenced by the 40 years he spent practicing medicine as a radiologist AND by the many tales of his hardworking youth that were repeatedly shared with each generation! Charlie spent his first 13 years on the family’s farm in Millerville, MN. At that age he knew that cleaning chicken coops, tending cows and setting muskrat traps with his sister (Susan Lupo) was not a lifelong dream of his, and the family sold the farm and moved to St. Cloud in 1945. Charlie attended St. Cloud Cathedral High School and St. John’s University where he was proud to be designated as a “legacy alumni”, because of his son and eight of his grandchildren who followed him there. After college, Charlie attended medical school at Creighton University since, as he often told us, the medical school registration line was the shortest!

Charlie married his wife of 63 years, Diane Stadther, on June 7th, 1958, at which time his life got busier and never slowed down until Alzheimer’s got him in his mid 80’s! In rapid succession, while working as a General Practitioner in Litchfield, Minnesota, Charlie and Diane had three daughters, Ann Lenz (Jay), Karen Benson (Steve) and Jane Rhodes (Mark). Deciding to leave General Practice, with its house calls and his most dreaded cases, skin rashes, he left to study Radiology at the Mayo Clinic. During that time, they added a 4th daughter, Barb Luzum (Mike) and then moved to Eau Claire, WI before landing In Duluth in 1966 to work for St. Mary’s Hospital, where he worked for 32 years. Weeks after his arrival, they added a son, Mark (Debbie) to their now complete family and settled in Duluth to embrace all that life had in store.

Charlie had an adventurous spirit and loved to be busy. He spent free time with his family and many friends skiing, hunting, fishing, traveling, cabining, shooting hoops in the driveway, going to auctions, putzing in his garage, and eating any sweet treat left in the kitchen…anyone’s kitchen! In his life, all times spent with his children, his grandchildren (all 19 of them) and his great grandchildren (nine to date) were his favorite times! He loved his cabin and dubbed it “The Gathering Place” and made sure his family would have it to enjoy for generations. Charlie’s quick wit, impromptu, off key, mostly made-up songs, sense of humor and funny stories brought sunshine to those lucky to know him. His strong and deep faith, which he instilled in his family, will be a source of comfort to all.

Charlie will be sorely missed on earth by his wife, five children and their spouses, 19 grandchildren, nine great-grandchildren, one sister, two sisters-in-law and 12 nieces and nephews. He will be enthusiastically greeted in heaven by his parents, in-laws, brother-in-law, grandson and many cherished friends. Get the cribbage boards ready …rules are a quarter a game, penny a point! Charlie you ARE and forever will be our sunshine!

Charlie’s family would like to graciously thank the staff at Lester Park Diamond Willow Nursing home for the gentle care and love they gave him over the past three years. In lieu of flowers, the family asks for your prayers or that you spread some sunshine by donating to a charity of your choice or by doing an act of kindness in his memory.

A Celebration of Life will be held this coming summer. Arrangements by Dougherty Funeral Home, Duluth, 218-727-3555. 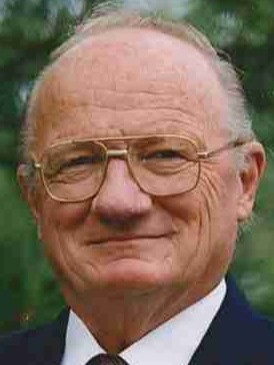