C. Roger Emerson, who with his wife Virginia (Gini) were long-time residents of Duluth, passed  away June 15 at his retirement Community – Sierra Winds—in Sun City, Arizona. Gini (Holappa)  preceded Roger in death in 2009.

Along with Gini, Roger was preceded in death by his parents, Ed and Millie Emerson, brother  Gene and wife Anne of Albert Lea, and beloved in-laws Martha and Frank Holappa of Duluth.

Roger was born in Raymond, SD December 5, 1925. His family moved to Elmore, Minnesota  when he was 8. After graduating from Elmore High School and serving in the Army Air Corps he  met Gini at the University of Minnesota when they were students. They were married in Duluth  in 1949. They spent a short time in business in Fairmont, Minnesota, after which they moved to  Duluth to join Gini’s father’s business, Economy Motors, which Roger helped build into a  growing automotive supply and truck dealership. After several years, Roger and Gini began  automobile dealerships in Duluth, selling many brands, including Fiat, Jaguar, Rolls Royce, MG,  Porsche, Audi, Oldsmobile, Mercedes and Mazda. After selling the business, Roger and Gini  moved to Sun City, Arizona, where they spent the remainder of their lives traveling, involved in  community and club activities, church and making hundreds of friends.

In Duluth, Roger and Gini were active in the community. Gini served as a speech therapist and  volunteer in civic and church organizations. Roger was active in business and community  service. He was particularly active in the Masons and Shrine, including serving as Master  Mason and Grand Potentate in the Shrine and in the Bagpipe and Drum Corps. He was a great  patriot, reflecting his military service. His hobbies and passions included sailing, making jewelry,  woodworking and, with Gini, traveling. They visited 41 countries.

Roger is survived by his sister Francis Randall (Ray) of Mason City, brother-in-law Frank Holappa  (Diane) of Duluth, foster children Alice Berry and Henry Fiola, many nieces and nephews and by  many friends in his retirement community and beyond. His legacy lives through these and his  daughters, grandchildren, great grandchildren and so many others whose lives were enhanced  by his abundance of love, care, sunny disposition and positive attitude.

Duluth services will be held Friday, August 26 at 11 a.m. at Hope United Methodist Church at  301 W. St. Marie St. Socializing to follow. All are invited. 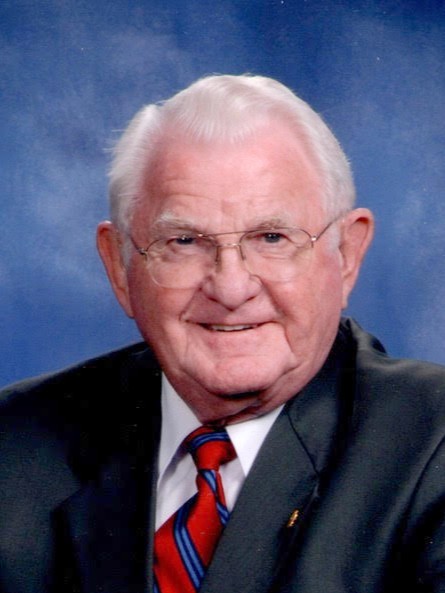