We are sad to announce the passing of our dear Arnold Pederson, who joined the Norwegians in heaven on December 29 from his bed at Barross Cottage II in Two Harbors. His daughter Sandy was at his side while his wife of 68 years, Irja, was napping in the living room. He was 100.

Arne was born on August 12, 1922 on Isle Royale, Michigan, to Norwegian immigrants Bergine and Hans Pederson, the youngest of their four children. When Arne was quite young, they moved to Knife River, Minnesota, where he had a happy childhood. He attended high school in nearby Two Harbors and graduated in 1941.

A few months later, the Japanese attacked Pearl Harbor, and Arne joined the great numbers of young men, including his two brothers, who enlisted. At age 19, as a member of the Army Air Corps, he was trained to be a flight engineer on a B-17. He was stationed in the south of England to join the mission of weakening the German response to the pending invasion by dropping bombs on northern Germany. When his plane, the Worry Bird, was shot down in February, 1944, he parachuted into occupied Normandy and was Missing in Action for three months. He was lucky enough to fall into the hands of a resistance group that hid him and passed him along their network and ultimately over the Pyrenees to Spain and back to England. This was the great adventure of his life, a story he liked to tell. He remained truly grateful for those people who took such risks to help him and had a deep love of France for the rest of his life.

After the war, he returned home to Knife River and went to work on the Duluth, Missabe and Iron Range Railroad, a job he enjoyed until his retirement at age 60. On August 14, 1954, he married Irja Kari from Brimson, the daughter of Finnish immigrants. Within four years, they had three daughters and had settled into their cozy home in Duluth’s Woodland Park neighborhood, where they would reside for 66 years. Arne was devoted to his family, a capable helper around the house, meticulous in his home and yard maintenance, a wonderful dad and all-around great guy.

He was an example of generosity, always looking for a way to help someone else. He and Irja delivered Meals on Wheels for 35 years. In the mid ‘70s, when Duluth became the new home of many SE Asian refugees, they spent days and months helping families resettle. He became a fixture at Concordia Lutheran Church, making repairs, painting, doing yard work and socializing with the pastor. He and Irja travelled to visit their parents’ homelands and back to France to reconnect with the families who had saved him when he was 21. He took woodcarving classes and became quite skilled. Above all, he loved to talk and always had a group of friends he would meet for coffee and conversation. He liked to talk politics and was a lifelong Democrat.

In October, 2021, he and Irja moved to Barross Cottage II in Two Harbors. He was 99 and she was 97. They were warmly welcomed and became part of another family that cherished them and provided loving care every day. Our family is deeply grateful.

He served his family, his country, his church and his neighbors. He lived an exemplary life. We were so lucky to have him in ours.

Visitation will be from 10 a.m. until the 11 a.m. service on Friday, January 6, 2023 at Concordia Lutheran Church, 2501 Woodland Avenue, Duluth. Burial will be in Forest Hill Cemetery. Memorials to the church would be most welcome. To share your memories or condolences online please visit www.cavallinfuneralhome.com. 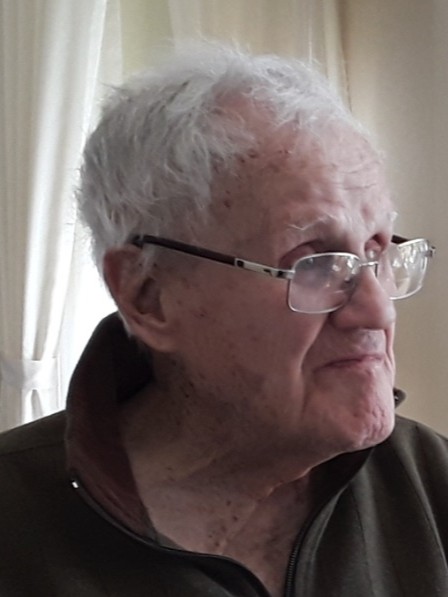