Alan Toby DeDominces passed away on April 21, 2022, at the Tru Hospice Care Center; after a courageous 6 1/2 year battle with Glioblastoma brain cancer. He was born to Richard and Cheryl DeDominces on November 11, 1980 in Superior, WI; where he was raised until moving to St. Cloud, MN and later Colorado. Al is survived by his wife of almost 15 years Cameo (Rainaldo) and sons Cooper and Tucker of Broomfield, CO, parents Richard and Cheryl DeDominces of Superior, WI, sisters Missy Capan of Eagle, CO and Stacie (Dano) Rozowski of Fredrick, CO, in laws Michael Rainaldo and Anne (Merl) Kitto of Superior WI, nephew Sean (Alexis), nieces Bekah (Brett), Maddie, and Lauren, a great niece Gianna, along with many special aunts/uncles, cousins, and many close friends he considered family. Al is preceded in death by all of his grandparents and a very special uncle, Jim Hegg. The family will be holding a Celebration of Al’s life on July 11th at Barker’s Island Inn, in Superior, from 5:30-9:30. In lieu of flowers, the family requests donations towards supporting Al’s family in and beyond this difficult time or towards purchasing comfortable chairs for caregivers at the hospice center. 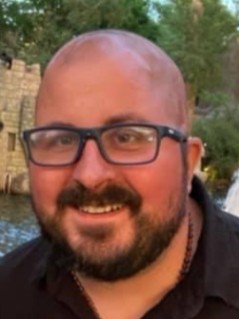