Welcome to Bulldog Insider, where News Tribune reporter Matt Wellens will keep you up-to-date on the University of Minnesota Duluth men's and women's hockey programs. Click on a link below to jump to a section:

11/30/22
Bell to take part in Games 4 and 5 of USA-Canada Rivalry Series
With the UMD women's program not playing any games between Dec. 11-Jan. 6, Bulldogs fifth-year senior defenseman and captain Ashton Bell is re-joining Team Canada for Games 4 and 5 of the Rivalry Series against the United States. Game 4 is Dec. 15 just outside Las Vegas in Henderson, Nevada, while Game 5 is Dec. 19 in Los Angeles. Puck drop is 9 p.m. CST for both games.

Bell is one of 16 Olympic gold medalists from the 2022 Winter Games in Beijing who are taking part along with former Bulldogs defenseman Jocelyne Larocque. It will also be Bell's first time playing alongside another former Bulldog, Elizabeth Giguere, who played at UMD a year ago while Bell was in the Olympics.

11/28/22
NLI Watch: Keeping track of future Bulldogs signing on for 2023-24 season
College hockey recruits are now eligible to sign their National Letter of Intent for the 2023-24 season, which locks in their commitment to play for the Bulldogs.

Once a brief window in November, the NLI signing period now remains open through the summer for the following school year.

Here's a look at who has signed NLIs so far for the men's and women's programs. Expect there to be more women's signings initially, as Scott Sandelin will need more time to see who is and isn't going pro after this season. Both Sandelin and Maura Crowell must also take into account players they want to bring back for a fifth season. The current junior and senior classes at UMD still have the extra year of eligibility from the pandemic. 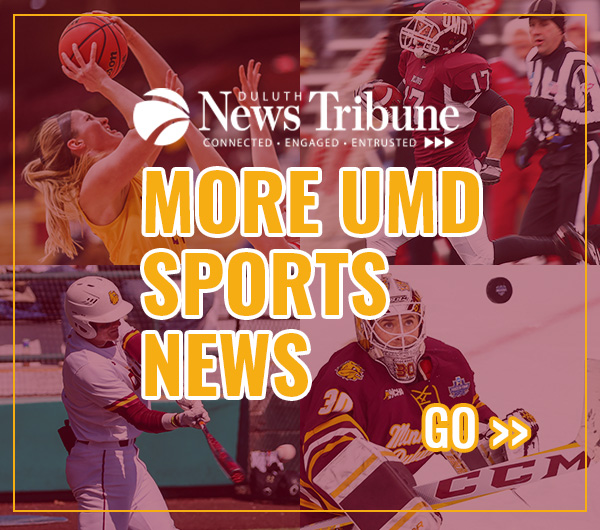